Strengthen the Retirement System by Reducing its Debt (PDF)

The Government Finance Officers Association of the United States and Canada (GFOA) has given SC state government top honors for the quality of its 2021 Annual Comprehensive Financial Report (ACFR), awarding the state the GFOA's Certificate of Achievement for Excellence in Financial Reporting. (Jul. 29, 2022)

The group Truth in Accounting released that the state's 2020 comprehensive annual financial report is the nation's best - nearly 11 weeks better than the national average. (Oct. 4, 2021)

The S.C. Comptroller's Office closed the books today on state government's fiscal year that ended June 30, 2020 (FY 2020). The state has finished the year with a surplus of $672 million plus a balance of $103 million in its Contingency Reserve. These are critical resources to state government as it continues facing the significantly increased costs and decreased revenues caused by COVID-19. (Aug. 27, 2020)

The Government Finance Officers Association of the United States and Canada has awarded South Carolina top honors for its 2018 Comprehensive Annual Financial Report, marking the 31st consecutive year the state has received the award. (May 1, 2019)

The Comptroller General's Office has closed the state's books for the 2017-18 fiscal year that ended June 30, announcing a $177 million surplus resulting from growth in general fund revenues. But Comptroller General Richard Eckstrom cautioned the General Assembly against viewing this surplus as an opportunity for a spending spree and instead urged lawmakers to use it to shore up the state's reserves or to pay down its long-term unfunded pension obligations to state employee retirees. (Aug. 14, 2018)

State Comptroller General Richard Eckstrom’s S.C. Fiscal Transparency Website ranks No. 9 nationally in a new report evaluating the quality and user-friendliness of all 50 states’ transparency websites. The report lauds South Carolina as an “advancing state” in the field of government financial transparency available online, noting that the Palmetto State employs best practices with a variety of its website features. (May 22, 2018)

The Certificate of Achievement for Excellence in Financial Reporting is the most prestigious accolade in governmental accounting, and S.C. Comptroller General Richard Eckstrom’s office has now received this award for 30 consecutive years. (March 14, 2018)

South Carolina motorists began paying 2 cents more per gallon for fuel plus several vehicle-related fee increases July 1, the first phase in a six-year series of tax and fee hikes that are expected to raise billions of dollars to fix and maintain the state’s roads and bridges. So how much new tax money has been generated? How much has been spent? And what has this new money been spent on? State Comptroller Richard Eckstrom is aware that the taxpayers of South Carolina are asking themselves these questions, and starting today he is providing the answers. (Feb. 22, 2018)

"Many South Carolinians were understandably concerned about the increased burden the new law places on them with these new taxes and fees," S.C. Controller Richard Eckstrom said of his latest fiscal transparency project. "At the very least, they deserve to see how this money is spent." (Aug. 18, 2017)

With the growth rate in state revenues declining for the second consecutive year, state leaders must adopt a more disciplined, comprehensive, and long-term approach to the state's public pension debt and other fiscal challenges, S.C. Controller General Eckstrom said in announcing his office's closing of the state's books for the 2016-17 fiscal year. (Aug. 15, 2017)

For the 29th consecutive year, S.C. Controller Richard Eckstrom's office has received a prestigious national award for the high quality of the state's Comprehensive Annual Financial Report (CAFR) the office prepares. This record is increasingly notable because the Governmental Accounting Standards Board, which establishes guidelines for the CAFR, continues to issue new requirements. (May 18, 2017)

State entities spent a total of $81.1 million on travel during the fiscal year that ended June 30, S.C. Controller Richard Eckstrom announced in issuing the 2016 State Travel Report. This year's travel spending increased $5.6 million (a 7.4 percent increase) over the $75.5 million that state entities spent in 2015, while the state's general fund revenues increased by only 4.5 percent from last year. (Nov. 1, 2016)

Closing the state's books for fiscal year 2015-16, S.C. Controller Richard Eckstrom says revenue growth is slowing and surpluses should be used to increase the state's reserves as it faces legal obligations of more than $30 billion in unfunded retirement benefits for public sector employees. (Aug. 15, 2016) More

The City of Lancaster and Oconee County are the latest additions to a growing list of local governments across South Carolina that provide access to their check registers online. (May 12, 2016)

S.C. Controller Richard Eckstrom has issued the latest state Travel Report detailing amounts spent on travel by every state agency in the fiscal year that ended June 30, 2015. For Eckstrom, reporting this information to the public is an important part of his efforts to promote and expand government financial transparency in South Carolina. (Nov. 2, 2015)

The State Accident Fund today joins a short list of state entities that remain out of compliance with legally required financial reporting deadlines. The two other entities on the list are S.C. State University and Denmark Technical College whose timely reporting problems continue. (Oct. 16, 2015)

Acting to hold state entities accountable for their financial reporting deadlines under South Carolina law, state Controller Richard Eckstrom has begun publicly announcing agencies that fail to submit their required audited financial statements to his office by the due dates established by the S.C. General Assembly. (Oct. 12, 2015)

If you are curious about which companies receive the most business from South Carolina state government, Comptroller General Richard Eckstrom's Fiscal Transparency Website now provides the answer in a new user-friendly format. (May 28, 2015)

S.C. Comptroller General Richard Eckstrom has released the latest State Travel Report giving details of amounts spent on travel by every state agency for the fiscal year that ended June 30, 2014. Eckstrom emphasizes that reporting this information to citizens is an important part of his financial transparency initiative. (Oct. 31, 2014)

State Comptroller General Richard Eckstrom's office has received a "Certificate of Achievement for Excellence in Financial Reporting" for the state's 2013 comprehensive annual financial report (CAFR). The S.C. Comptroller's Office has received this coveted award for 26 years in a row, a streak that began in 1987, the year Ronald Reagan challenged Mikhail Gorbachev to "tear down this wall!" separating East and West Berlin. (Sept. 5, 2014)

Fiscal 2013-14 general fund revenues grew by $163 million over the prior year's revenues, reflecting an annual growth rate of 2.5 percent. In comparison, the annual revenue growth rate was a robust 9.1 percent in the preceding fiscal year - indicating that while the state's economic growth has continued, the rate of growth has slowed. (Aug. 30, 2014)

State Comptroller Richard Eckstrom has been promoted to the rank of major general in the S.C. State Guard. Eckstrom, who previously held the rank of brigadier general, has commanded the State Guard since 2011. He joined it in 2004 following 28 years of service in the U.S. Navy. (June 18, 2014)

In his ongoing effort to make government more open and accountable, state Comptroller General Richard Eckstrom's Office has added helpful features to the S.C. Fiscal Transparency Website, which is accessible on this site. The additions include more convenient search features within the state spending database. (April 3, 2014)

In a realm of open government that's always evolving, state Comptroller General Richard Eckstrom's Office has added several features to the S.C. Transparency Website his agency operates. The improvements include a navigation page for information on state contracts and two new reports on state economic development subsidies. For a complete rundown of the Transparency Website upgrades click here. (March 20, 2014)

The state of South Carolina has received the Certificate of Achievement for Excellence in Financial Reporting from the Government Finance Officers Association of the United States and Canada (GFOA) for the state's fiscal 2012 comprehensive annual financial report (CAFR) prepared by SC Comptroller General Richard Eckstrom's office. (Dec. 30, 2013)

SC Comptroller General Richard Eckstrom has released the State Travel Report giving details of every state agency's travel spending for the fiscal year ended June 30, 2013. In an easily navigable format, the report discloses agencies' total travel spending, ranking them from highest to lowest. It also lists the top 25 travelers in each agency ranked by the amount each individual spent. (Nov. 7, 2013)

The state finished fiscal 2013 with a more than $68 million surplus and its rainy day reserve fund increased to $281.6 million, meeting a required level two years ahead of schedule, SC Comptroller General Richard Eckstrom announced in closing the state’s books for the year. Despite the positive operating numbers, however, Eckstrom cautioned that the state continues to face long-term funding challenges in its pension and health benefit plans for state retirees. (Aug. 28, 2013)

Seeking to expand the scope of information available on his state Fiscal Transparency Website, SC Comptroller General Richard Eckstrom has worked with the state Insurance Reserve Fund (IRF) to post on the site Freedom of Information reports produced by the IRF. The reports list details about claims paid by the IRF, including amounts paid, causes of the claims, agencies involved, incident dates, and the names of the claimants and their attorneys, if any. (June 25, 2013)

Beaufort County and the City of North Charleston have joined the spending transparency movement, becoming two of the latest local governments in South Carolina to make their check registers and credit card transactions available for public viewing online. Beaufort County is at least the 12th county in the state to embrace online spending transparency. North Charleston increases the number of municipalities in South Carolina that have done so to at least 16. (April 19, 2013)

State Comptroller General Richard Eckstrom, who serves as chairman of the SC Military Base Task Force, expressed great appreciation to the General Assembly for appropriating these funds to support the efforts of the Task Force and the state’s four military communities. (March 7, 2013)

The study details a multibillion-dollar impact supporting tens of thousands of jobs, concentrated in the state’s four military communities: Beaufort, Charleston, Columbia and Sumter. SC Comptroller Richard Eckstrom, chairman of the Task Force, will lead a news conference to unveil the study. (Nov. 8, 2012)

After closing the state’s books for fiscal year 2012, SC Comptroller Richard Eckstrom found that surplus revenues for the year were $14.7 million less than the General Assembly anticipated would be available. As a result, several projects in a budget proviso for fiscal 2013 cannot be funded. (Aug. 29, 2012)

Comptroller Richard Eckstrom announced that the measure grants him authority to approve payment of the fiscal year 2013 recurring expenses of state government at levels appropriated for fiscal year 2012. (June 28, 2012) 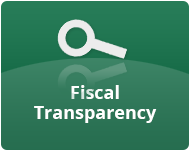